“Forte 24 Young Talent” Project which is also known as “Young Talents” that started in 2009 led by CEV (Contemporary Education Foundation) is continuing with great enthusiasm. 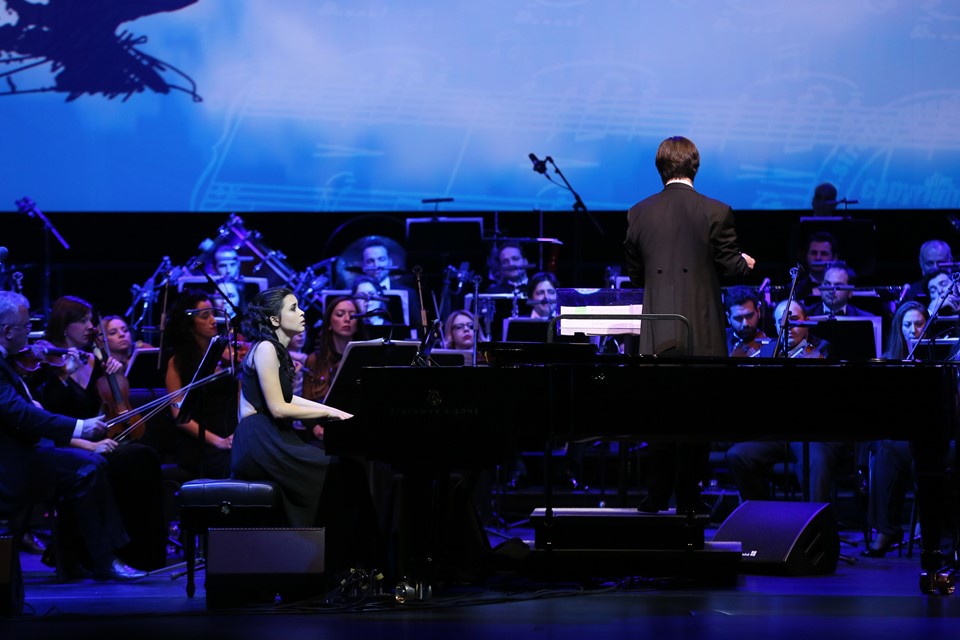 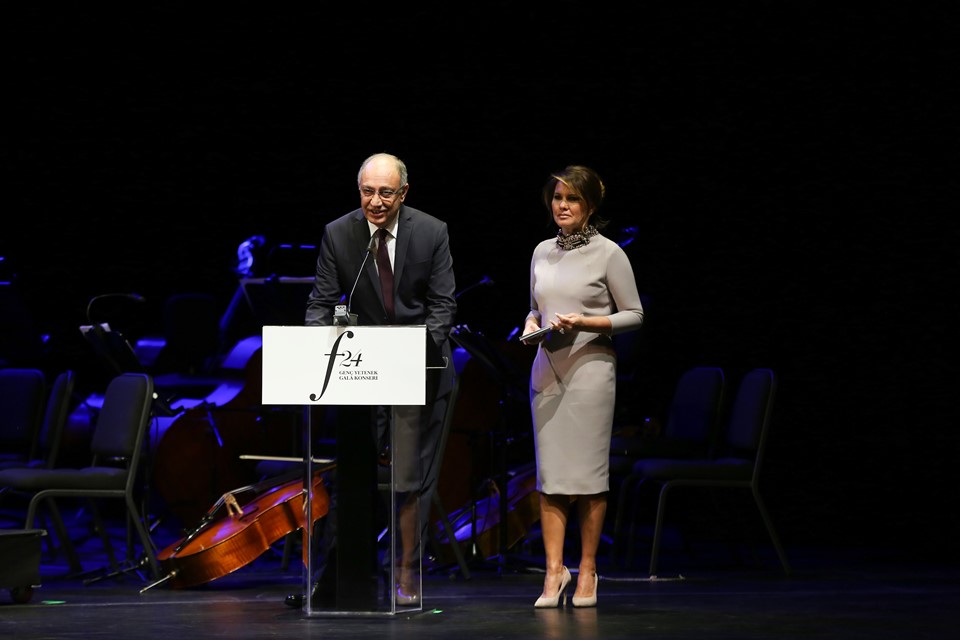 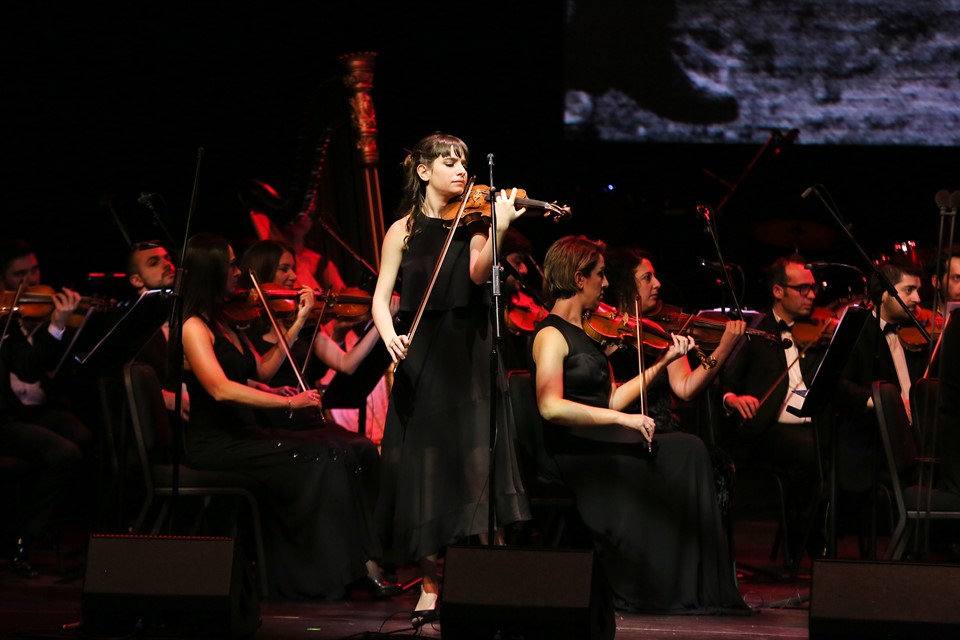 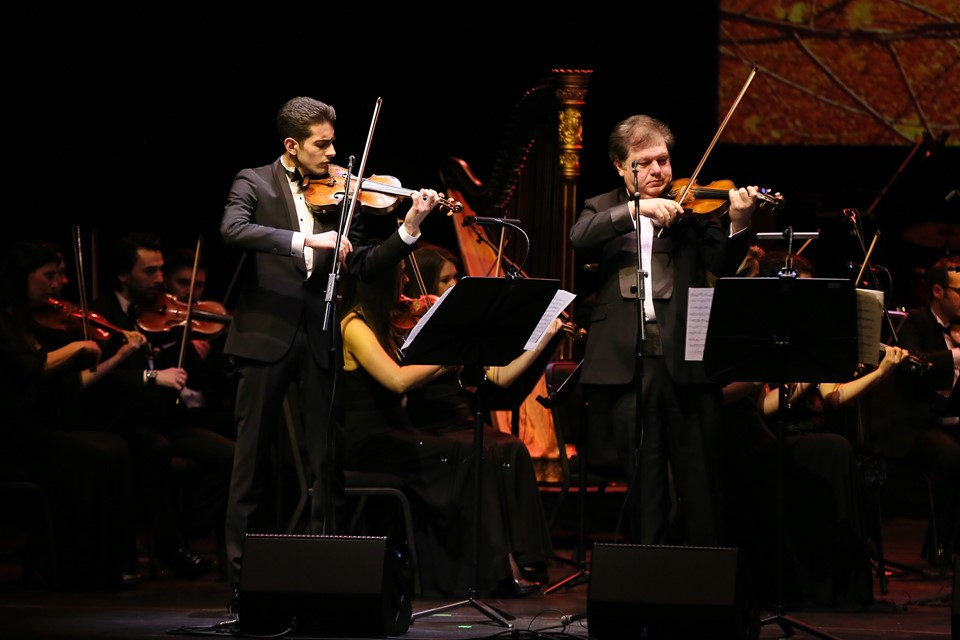 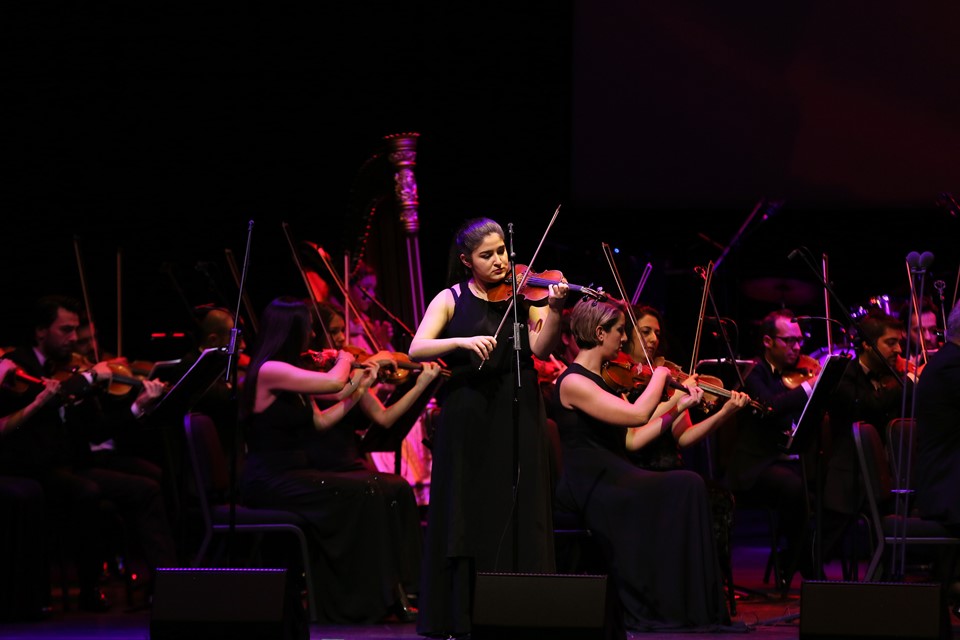 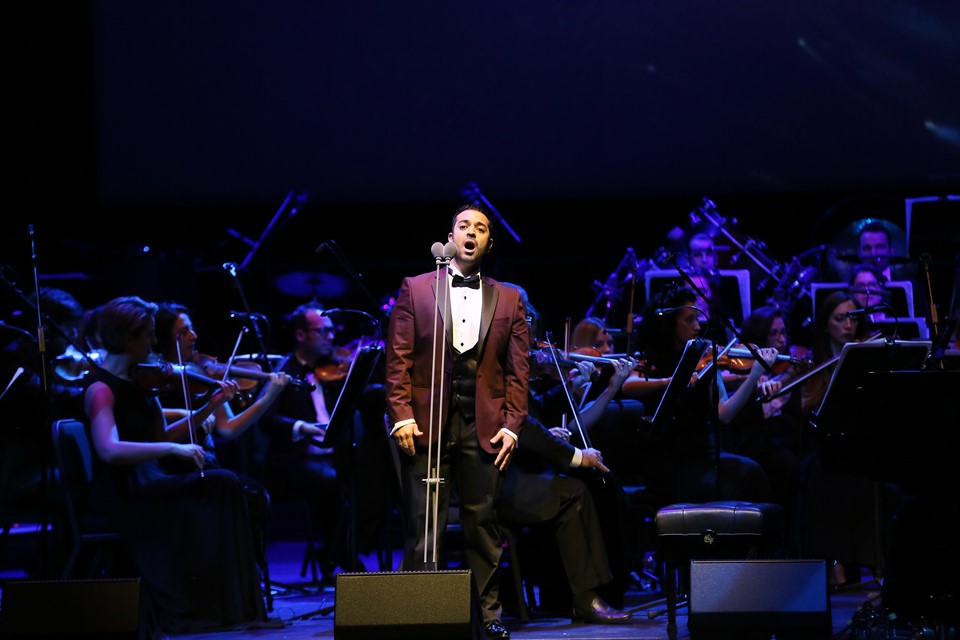 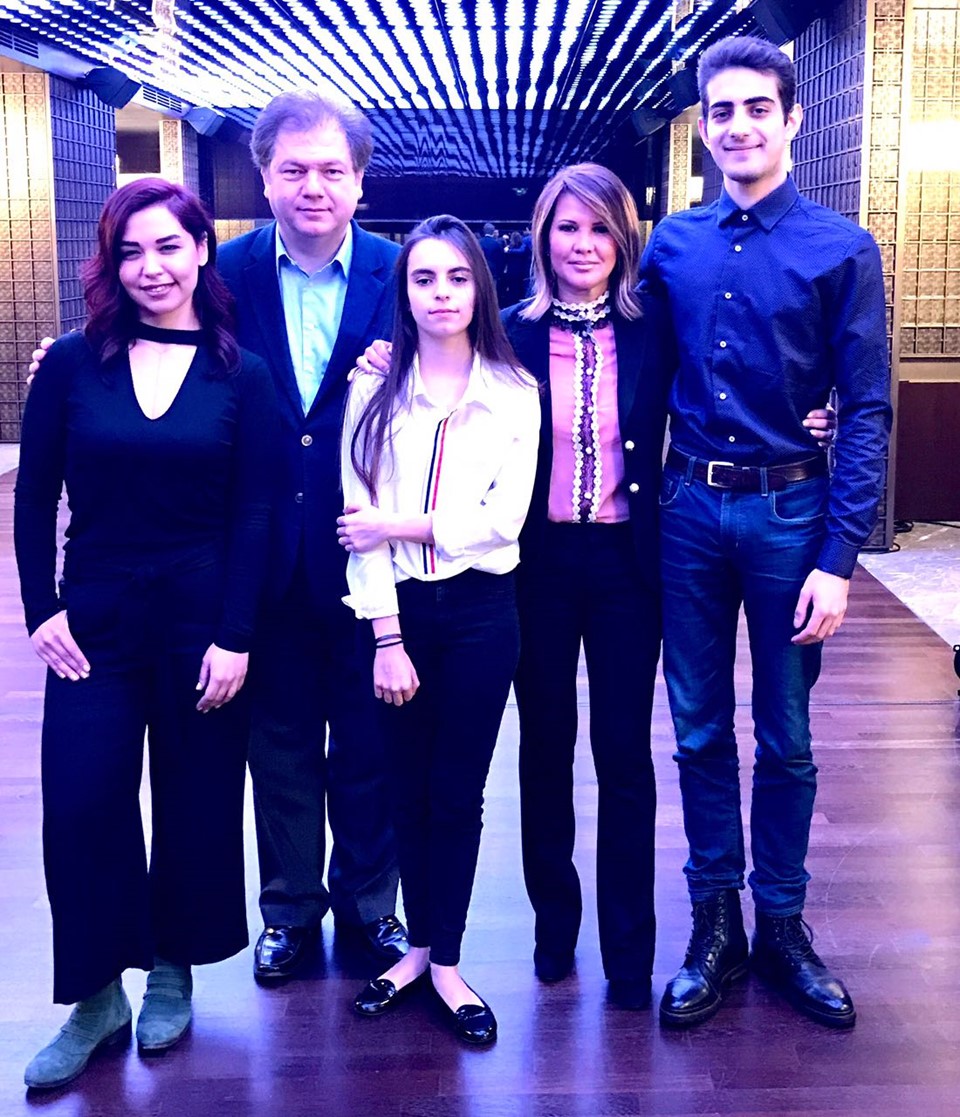 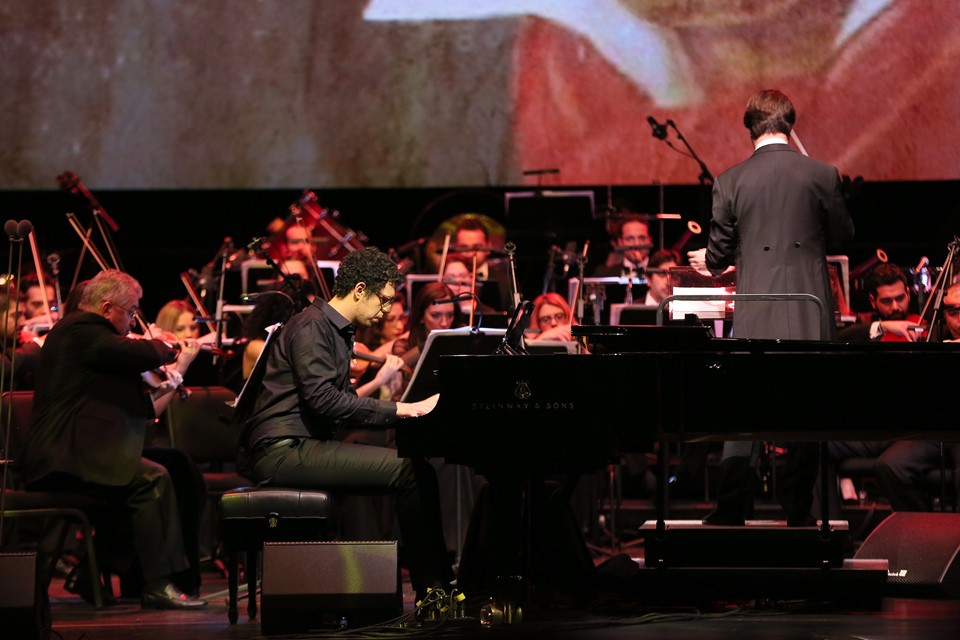 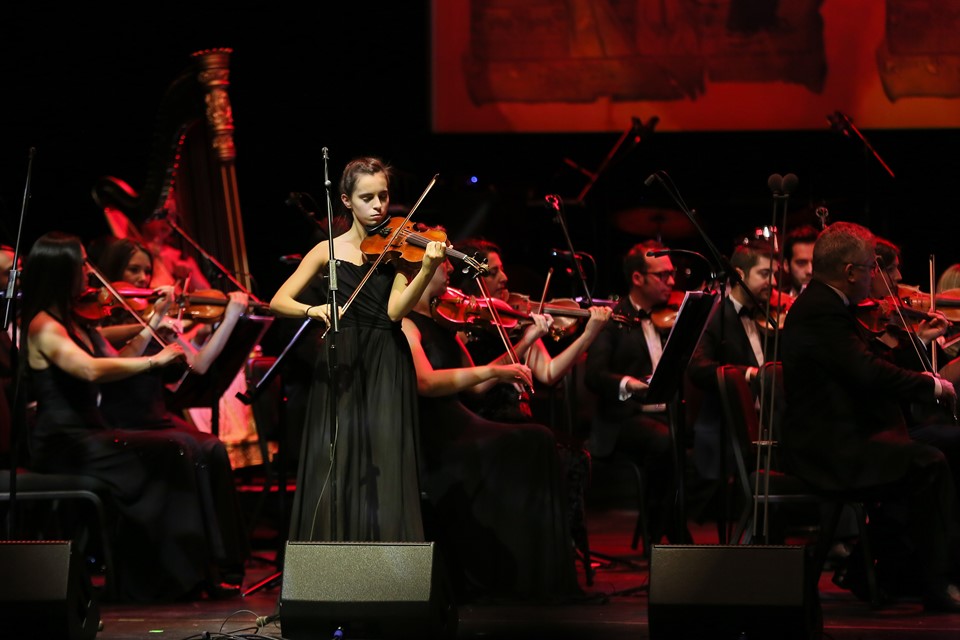 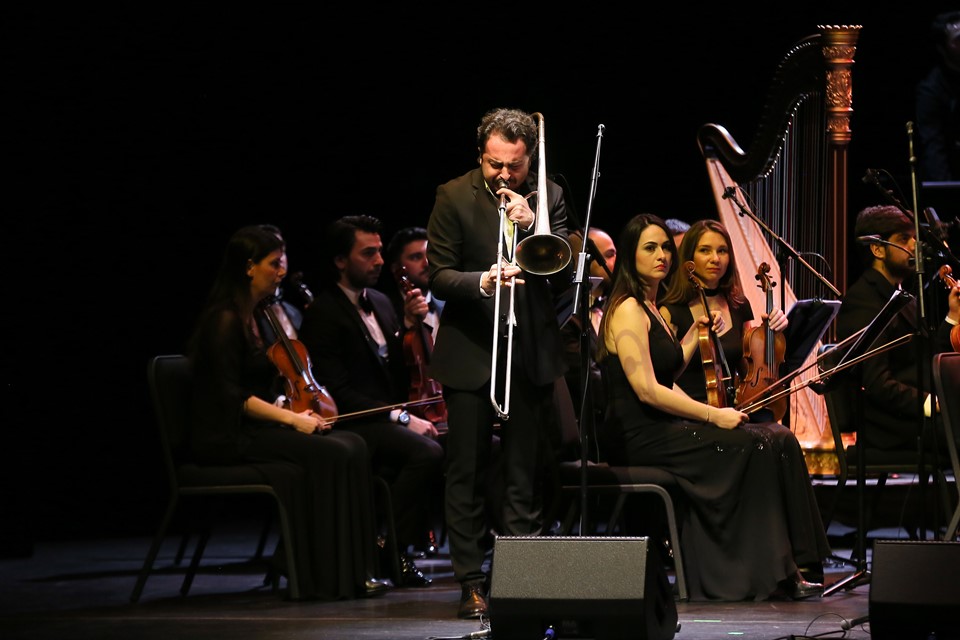 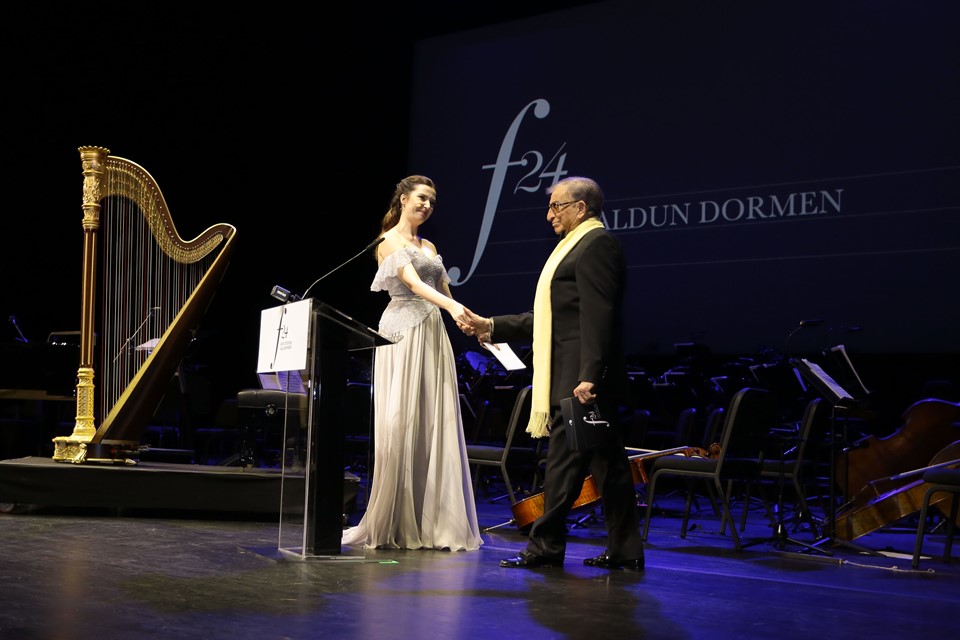 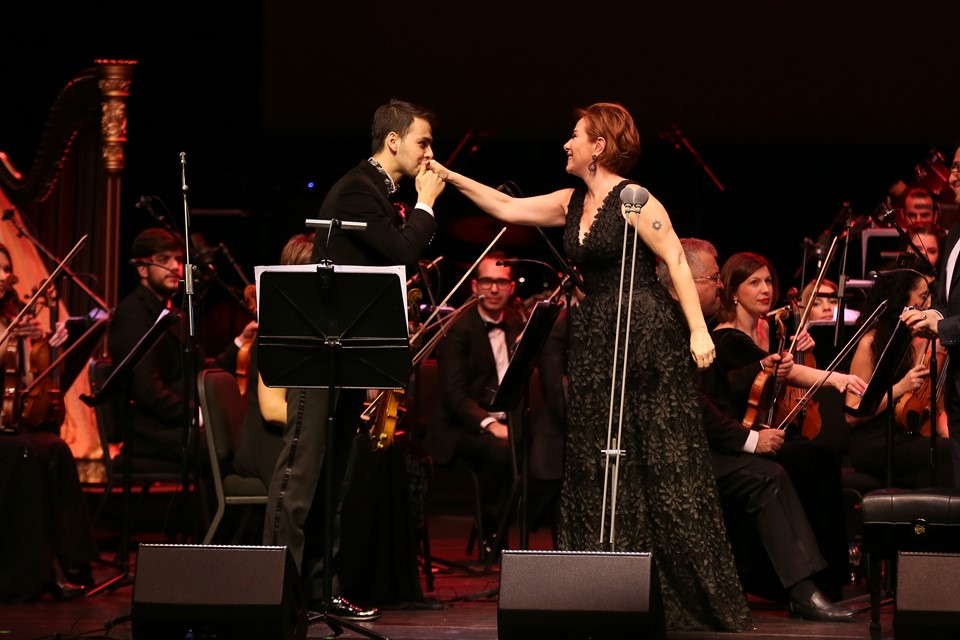 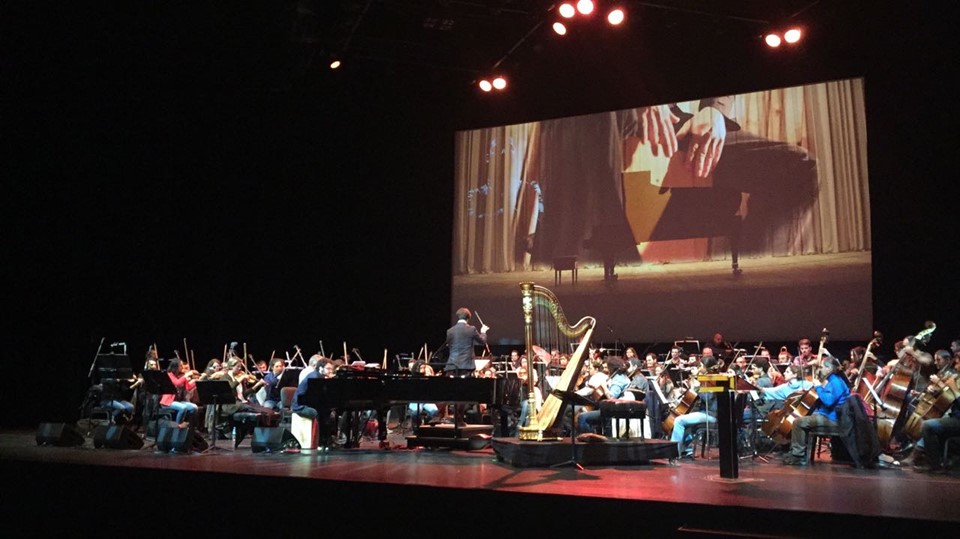 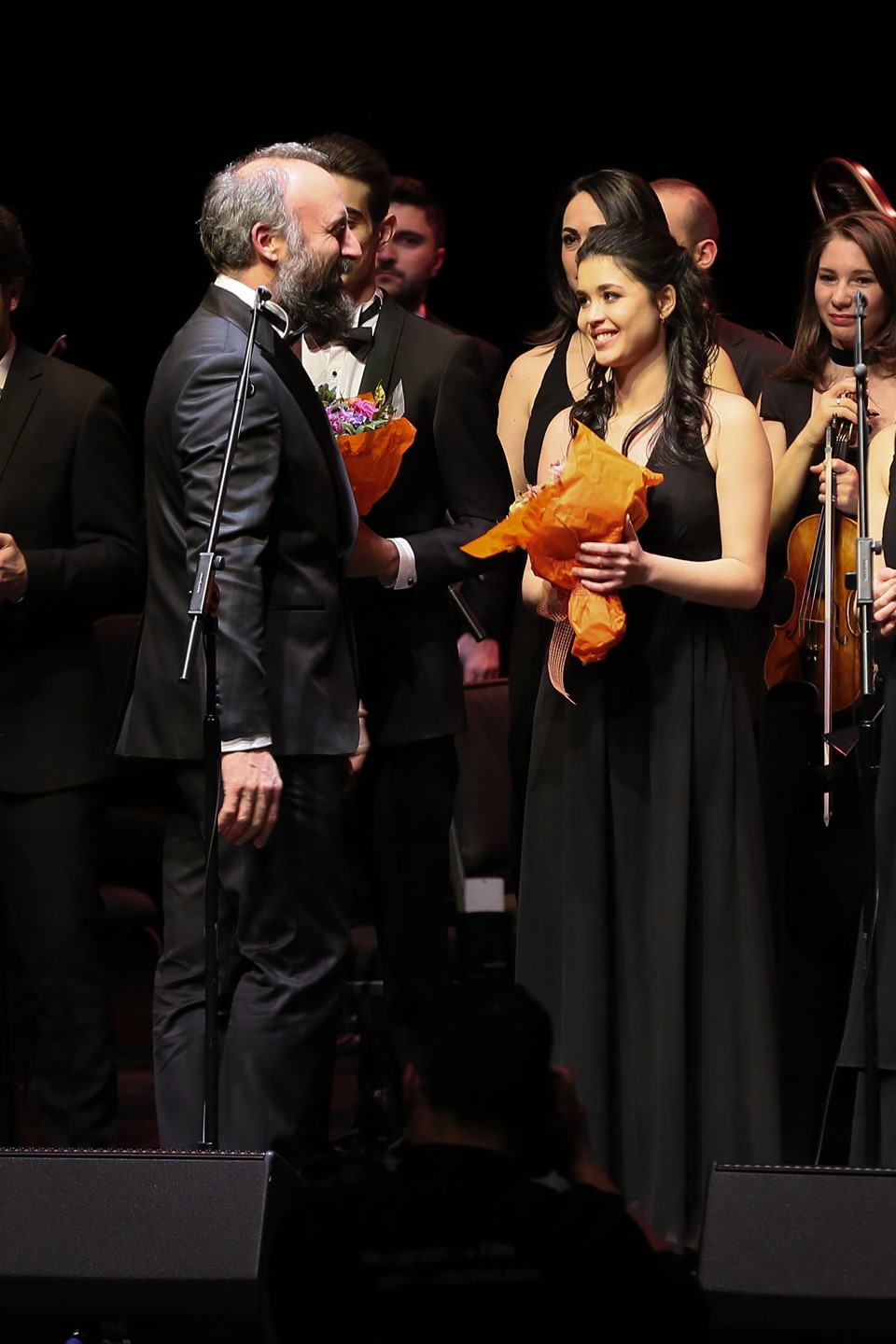 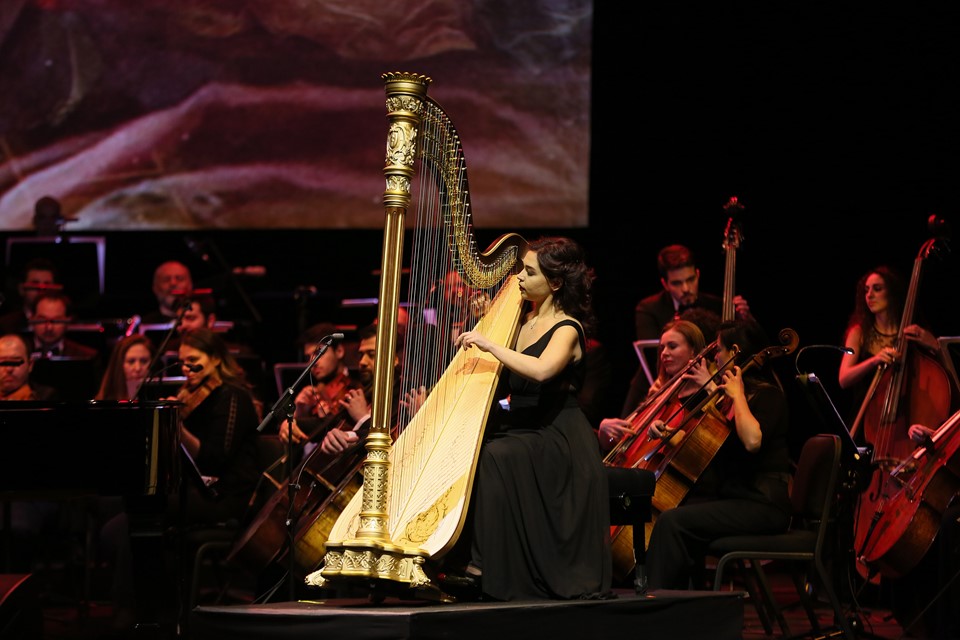 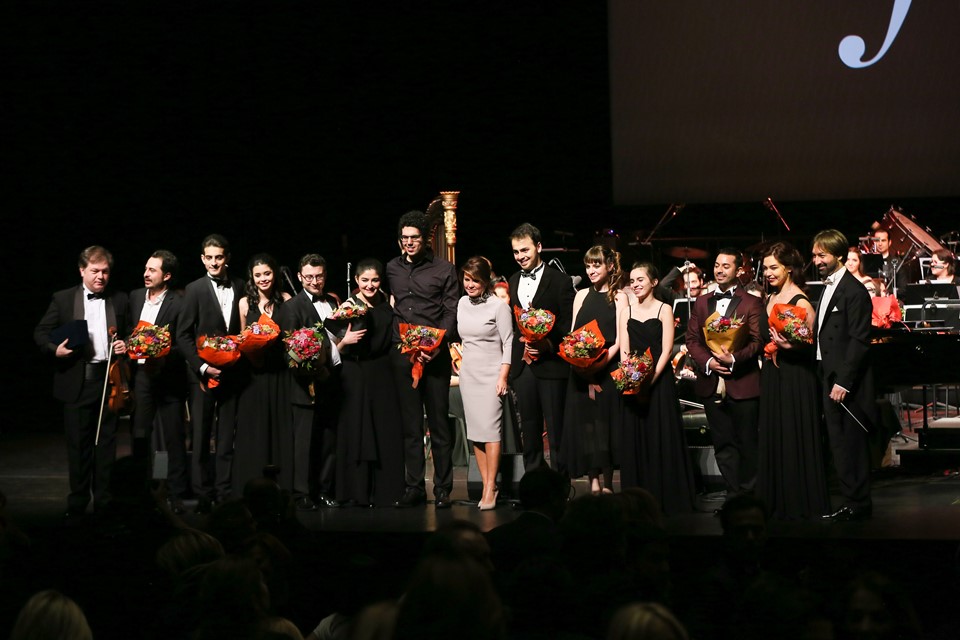 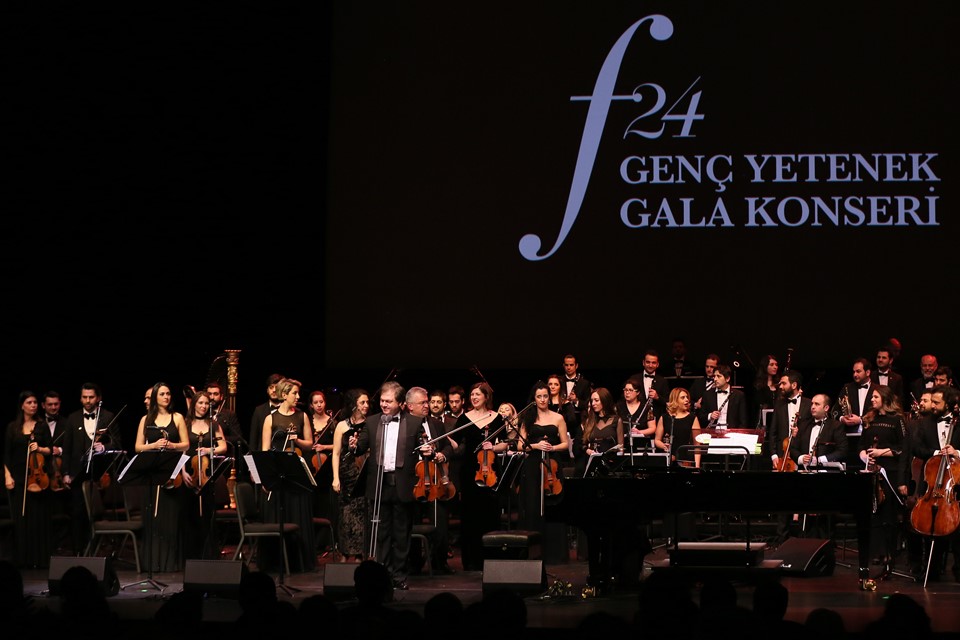 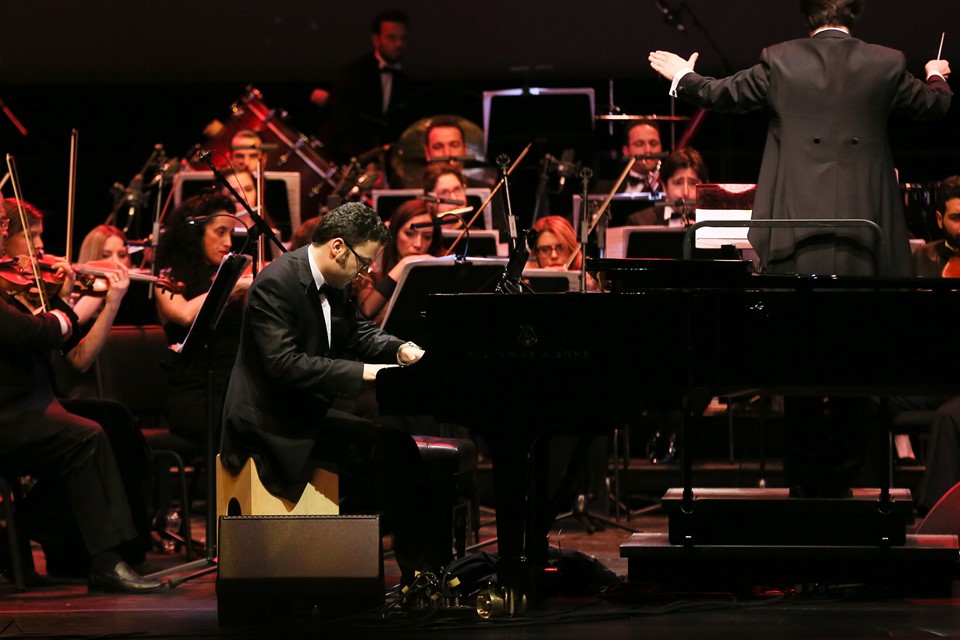 “Forte24 Young Talent” Project took place on the evening of Monday, February 13 at Zorlu PSM, under the main sponsorship of QNB Finansbank, organized by Ms. Berrin Yoleri, CEV Member of the Board of Directors, where Ms Selma Ergeç voluntarily undertook to be the hostess. The Concert took place under the art directorship of world famous violonist Cihat Aşkın  and the famous conductor Ibrahim Yazıcı.

The Young talents shared the stage on this special evening with Halit Ergenç and Zuhal Olcay.

Haldun  Dormen  was the host guest of honor on behalf of the Pole Stars and aside from the short film Show prepared by Nebil Özgenturk, the “Pole Star” photographs from the objective of photograph artist Ebru Ceylan were exhibited.

The concert was held in honor of the esteemed “Pole Stars”  Yasar Kemal, Prof. Halil Inalcık, Prof. Oktay Sinanoğlu, Şakir Eczacıbaşı, Burhan Doğançay, Müşfik Kenter, Behruz Çinici, Aleaddin Asna, and Tarık Akan, who have passed away and are no longer with us.

-Completed her education with 90% scholarship in Yehudi Menuhin School which is one of the leading specialist music schools in the world.

-According to Fazıl Say, Berfin Aksu can become a very important musician if she can overcome the obstacles she faces.

-she will study violin and music with Kryzstof Smietana for four years at the Guild School of Music and Drama.

-completed undergraduate studies in 2014 at the Royal College of Music in London.

–won scholarship from Manhattan School of Music for the academic year of 2014-2015.

-was named as the “Young Musician of the Year” at the IKSV Foundation annual music festival in 2012.

-Graduated with Master’s degree from Pinchas Zukerman Performance class in Manhattan School of Music in 2016.

-continued special classes and for doctoral studies with Zukerman during  2016-2017 academic year.

-won the first prize in 2009 in Llangollen Music Festival organized by the Welsh Royal Family in the solo instrument performance competition for under 16 years of age.

-performed in many concerts during 2015-2016 in Belgium, France, and Luxembourg.

-she continues her studies towards master’s degree  in violin with Prof. Veronique Bogaerts aside from her studies at the Brussels Royal Conservatory.

-Continues her education at the Kalaidos University in Zurich, and in Escuela Superior Renina, Sofia as a student of Prof. Zakha Bron.

-won the second prize in the first category in Gülden Turalı Violin Competition in 2013.

-won the first prize in the Internet Music Competition by being the best  performer of a Turkish musical piece .

-performed at the “Shining Stars” Concert of İş Sanat .

-won the first prize in the Grand Prize Virtuose Competition in Italy in 2015 in the age group of 12-15.

-won the first prize in the 13th Independent Music Competition in Ukraine in 2015 among the “individuals” category.

-was the only musician selected among 106 musicians as the soloist at the qualifying round of Izmir Symphony.

-continues his education as a 2nd year Master’s Degree student with full scholarship at the Royal College of Music.

-won the first prize in the 1st Kamuran Gündemir Piano Competition in 2009.

-starts his second year Masters at the Royal College of Music and will continue his education towards Artistic degree in the following (1) year.

-performed together with Gülsin Onay and Muhiddin Dürrüoğlu in the IKSV Music Festival in 2010 in the “Young Masters and their Heroes” section.

-supported by Fazıl Say, she continues her education with Prof. Boyan Vodenitcharov.

-released the first and only trombone album “Su” in Turkey.

-graduated from Berklee College of Music, Performance and Composition department where he studied with full scholarship.

-he qualified for 75% scholarship at the New England Conservatory for Masters and was accepted by Conrad Herwing at the Rutgers University who is one of the leading trombonists  and holds 3 Grammies.

-won the prize of “Debuting Young Musician of the Year” at the Donizetti Classical Music Awards organized by Andante periodical.

-currently continues her graduate studies with full scholarship at the Amsterdam Conservatory.

-took part as a jury member at the 58th Grammy Awards.

-he completed his graduate studies and aims for a Doctorate degree and currently he is a corepetitor   and teaches at Berklee.

-holds graduate degree with honors from Mozarteum in Austria, Opera and Singing Department. -was the only soloist invited to the countertenor Festival in Slovenia in 2014-1015. Completed “Postgarduierter Lehrang” program at the  Mozarteum University.